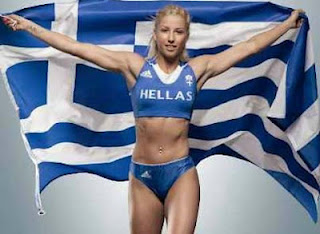 I'm not usually a fan of Olympic Committees but when they get it right, they deserve their due. Greek triple jumper Voula Papachristou made a racist tweet which she claims was a joke and has paid the ultimate price for it. Her tweet: "With so many Africans in Greece, the West Nile mosquitoes will be getting home food." On the surface you may think that this joke is merely in 'bad taste' but it is her political affiliation that shines a light on the depth of her racist leanings. She fully supports Golden Dawn a former far-right party with roots hostile toward immigrants and when a former Golden Dawn spokesman struck a female MP in the face Papachristou pledged a tweet of support.

I'd like to look at the climate of the day in many parts of the world. People today talk of freedom. They talk of their right to do this and their right to do that. This belief in rights sadly has been ginned up to the next level, and that is the level of entitlement. I initially thought the entitlement banner was flown solely by the younger generation but people of all ages, sizes and colors are holding the banner high. I'm amazed as of late how many grown-ups, some older than me who talk on their cell phones in a movie, or cut someone off to secure a parking space and then give the victim attitude. Or the smartly dressed woman in her late 50's who I held the door for looked me dead in the eye and said nothing. When I sarcastically said, 'you're welcome' she gave me the 'how dare you' look. As if it was my job to hold the door for her.

Here is where I'm going. Voula Papachristou, upon receiving many negative tweets in response to her comments replied, "That's how I am. I laugh. I'm not a CD to get stuck!! And if I make mistakes I don't press the replay! I press play and move on!!!" This is exhibit A of entitlement. The kicker is that when she truly knew that the sh** had completely hit the fan she later began, like so many (usually politicians) of this group to back pedal and apologize. "I'm sorry if I...blah, blah...I apologize for...blah, blah"...and so forth and so on.

Let's venture into her psyche shall we? We all know of Greece's financial troubles. History tells us that when money flows and everyone lives high on the hog (most) everybody is happy. But when the chips are down what happens? Scapegoats are born. I'm sure she and many others blame crooked politicians, banks, the United States, Germany and let us not forget; the onslaught of immigrants for their current dismal state. That is where the racism may or may not have been born. Take an elite athlete who is a person in a privileged position. The country is broke but Papachristou has the support to train for four years; has access to the finest training facilities and coaches not to mention the best foods high in nutrition and finally, passage to London. This elite status may have lead to her entitlement trait.

But as luck would have it one little racist tweet brought the entire racist/entitlement house of cards tumbling down because as I said earlier she's paid the ultimate price. The Hellenic Olympic Committee along with the Greek government has pulled her card. She has been kicked off the Olympic team. She will not be wearing the uniform and representing her country and I for one could not be happier. Justice being rare these days makes it even sweeter to behold when it is served.

To Voula Papachristou I'd like to say this. Many African immigrants are in your country because they have fled famine, oppression, wars and worse. The bulk of them merely seek a better life. Can they be seen as a burden to your economy? At times, perhaps sure. But they cannot be blamed for the depth of sh** your economy is in. The problem was greed. The problem was that useless politicians took their eye off the ball. For, when the storm was brewing the great deciders of your parliament did sweet fu** all about the hell that was coming. And as far as your talent as a triple jumper, this should be seen as a gift. The fact that your country supported you in a time when your countrymen and women were without jobs and losing their homes, should also be seen as a gift. Not something you are entitled to. I don't dispute the fact that one has the right to tweet just about anything they want. But having the right does not mean that you are in the right and sometimes there's a little thing called consequence. And sometimes a not-so-heartfelt apology, well after the fact can be too little too late. So, Voula please take this time to learn humility and learn what it is to be empathetic because we're all in this game of life together, baby.
Posted by JB at 10:24 AM No comments:

Hot Pursuit...comin' up back in the day

Ah, you kids have it so easy in today's dating world. In my day we had to work our tails off to attain comfort from the opposite sex. Picture a time (the 1980's) where the single guy had but one venue to meet a girl; the bar. You dudes today might think, 'how hard could it have been? You'd walk into a bar, order a drink and chat up a girl.' Ha! I say, there was so much more to it. 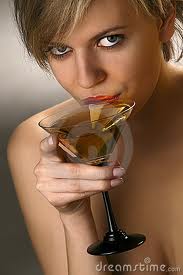 First of all you were early twenties which meant you either flipped burgers at a crappy restaurant or you swung a hammer or did some other exploitative physical labor job. You'd put blood, sweat and tears in for two weeks until the second Friday of the month when you got your check. Great! Or Bonus! as we used to say. You'd head to the bank and cash half of it and bank the rest. Then you'd blast downtown and buy a sweet shirt.($$$). This will be your Friday night shirt...and possibly Saturday. Next, you'd whip back home to eat, shower and iron your new shirt. (no need to wash it-it's new). Tonight is the night. Drinking and driving was fast becoming frowned upon as Mothers Against Drunk Drivers were gaining serious momentum. Thus, you'd call a cab. (More $$$).

Now you're at the bar. Things look good-plenty of talent. You've got the snazzy shirt and a couple o' bucks in the wallet; which you don in the back pocket of your tight levi 501's as that was the look of the day. You're about to meet your future girlfriend and you've got to make a good impression. This takes half decent dialogue-so you move to the bar to loosen up. Two drinks-in your meet a girl. Your dialogue isn't too smooth but she's still hangin' with you. It's time to buy her a drink lest she move off to a competitor who also dons the same loaded back pocket wallet. The conversation flows nicely and why wouldn't it? The shirt and  the drinks are doing what they're supposed to.


Suddenly her girlfriend shows up. You buy her a drink too as is gentlemanly custom. After one, they thank you for the drinks and move on. After a tequila shot for courage you head to the booth they now inhabit and take another crack at the first girl by asking her to dance.What dame can say no to Bon Jovi's 'Living On A Prayer?' She agrees but shuts it down immediately after the song's finale because she dances far better than you and would rather cut the rug with her girlfriend. You slide back over to the bar. You're exposed. Everyone has seen you strike out. It's either cut your losses and head home to watch crappy MTV videos or have two more cocktails and get back in the game. You choose the latter. Another gal sidles up. You dive in. Dialogue is faster. You do your best to hide your slur, but its o.k. because she's three banana daiquiris deep herself. You not only keep her in banana daqs, you make her laugh-once again; bonus! Over the sound system comes the 'last call' announcement. Awesome, she wants another drink and a shot for the road. You ignore the fact that your paycheck is thinning to the point of anorexia because she's obviously working her courage up to let you have...another kind of payday. The two of you tumble into a taxi. Your kissing, pawing and groping all the way to her apartment. Finally, she pulls away and scribbles her phone number on a napkin. She pops the car door and with a giggle shuts it behind her. You offer to walk her to the door but she vehemently declines. You watch her fumble for keys until she finds them and falls into her apartment. The cab driver says, 'tough luck buddy' with sincerity. This garners him a good tip. (more $$$).


Tonight's not the night but hey, you got a phone number and you're feeling like a million bucks. That is until you look down at the napkin and discover she's only scribbled out 5 numbers. And that's it. You and whatshername are done. With drinks, sweet shirt and taxis, you've blown threw half of your cash. You now have 3/4 of your check to live off for the the next two weeks...and rent will be rearing it's ugly head in no time. But guess what? You're not a quitter, you don't cut and run. You're going to wash that shirt, hang it up and yank it out next Friday and hit the bars all over again because its all about the game- it's all about chicks. And that's how tough we had it. But this pursuit; this life of sacrifice and struggle did something: It taught us life lessons and built a strong character within. (Sounds like a stretch but I'm on a roll here).


But you kids today have the luxury of going online with your Match.coms and your Hook Me Up.coms, where you parade with impunity to peer at truck loads of pictures and profiles to pick the partner of your dreams/lust with the simple click of the mouse. Do I wish I had it this easy in my day like you youngsters do today? Not a chance. Because as a result of how it was when we were 'comin' up' we learned about finance. We also learned that when you get a sweet dame, you hang on to her, (provided she gives you all seven digits plus the area code of her phone number). And when it comes to fashion a sweet shirt is good but may not be enough. And although we may have worn our jeans a little too tight we at least knew that our belts were meant to hold the pants up, not a means to cinch the denim low at crotch level so that we could show our asses to the world.


But go ahead Youngsters and enjoy your lives of ease, and your dating world of non-effort. Bask in your hook-up seas of layabout-ery and cyber match-making. For us old school Cats who've moved on from the bar scene embrace our current lives with honor and relish our memories of hot pursuit with pride and nobility.
Posted by JB at 12:02 PM No comments: