Look Mommy I Joined A Group...And Everything! 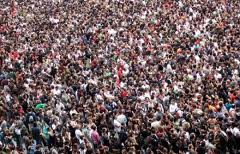 Americans love groups and titles. We love belonging to something-hopefully hip and current, because this makes us feel warm and fuzzy as if wrapped up in our favorite blankie.

I remember back in 2008/9 when President Obama attempted to retool healthcare he met with all sorts of criticism; much of it coming from his own party. His party detractors were called blue dogs which meant they were conservative democrats. When they came out of the woodwork to side with the republicans who were against the affordable care act President Obama was blindsided. In the beginning these representatives towed the party line during their primaries and election battles but drew their line in the sand at Obama's healthcare plan. In short they turned coat. I don't want to talk about the merits of what they did but rather I'd like to illuminate the smug demeanor they exuded whenever they were in front of a camera. An ear to ear grin spread across their faces as they proudly announced, "I'm a blue dog!" At the time the blue dogs got heaps of media ink and face time. This caused some of the otherwise unknown representatives to become--known. They belonged to a group and the group had a title.

The next big movement was the Tea Party movement. We all remember how the movement began from a kernel of anger; grew to mass protests and rallies and expanded to where it is today; within government. The movement grew rapidly as successful movements do. From a spark to a flame and all that. It feels good to be swept up in a movement and what better way to feel fully soaked in the bath of vindication than when hordes of like-minded people join your effort? (Or your bubble bath).

I remember a tea party rally outside the grocery store where I shop. A caucasian gentlemen in his sixties shouted, "Obama should go back to Africa!" When our eyes locked he was staring at an expressionless two hundred pound black man twenty years his junior. He became uncomfortable, looked away and moved closer to the herd. I'm not a tea partier but I believe that they are committed to whatever it is they believe in. As I watched the rally and read the placards I couldn't help but feel that the stronger emotion may have been about belonging to a group--a group with a title. For how many tea partiers have truly put forth an articulate version of their doctrine beyond  'we're gonna take the county back!' Back from who? Back to where? Back to what era?

Today the group-flavor of the month is the undecided voter or 'the undecideds'. They are the current headline usurpers. In fact they were in the sought after seats at the recent town hall presidential debate. After the debate smoke cleared my wife and I watched the post debate focus group of 'geez-I-still-dunno-ers' . And boy oh boy, the facial smuggery of the undecideds was elephantine. Every face read: my vote is the most coveted vote in America and I know it is true because I'm on television. How many times did they mention, "I just don't feel that the governor spoke to me." Or "I'm just not hearing what the president will do for me."

The richter scale of nausea blew two gaskets and a piston. I can just see these folks on election night. Starved for more media attention as they wait in line at the polling station they'll scour the crowd for a reporter shouting, "Gosh darn it I'm still undecided because neither candidate is speaking to meeeeeeeeee!" I put it to those who claim undecided-ry that ninety percent of you have actually--decided. For the love of christmas, kwanza, hanukkah and all other yule tide-y holidays please move on ye of faux undecided-ry. Because though you feel the President may not be speaking to you, we hear you loud and clear and we're tired of listening.

Let's be honest this is just an extension of  the 'fifteen minutes of fame' syndrome. The undecided voter is dead center of the spotlight and also holds heavy sway over what direction this county moves in. Thus he/she feels powerful. To be fair one can relate to the intoxication but only to a point. For we are in an era of citizens united; the supreme court decision that grants carte blanche to corporations and unions as far as how much money they can throw at candidates. In other words the whole 'one man, one vote' scenario of yesteryear has lost its sex appeal since the judges handed down the ridiculous verdict. So we get it Mr. and Mrs. Undecided but come now, you know what you're going to do on November 6th, so until then pipe down. 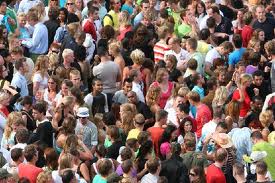 I'm not claiming that one cause is better than another but modern man's need to be part of a group has been given an Armstrong-ian steroid shot. There is too much mob mentality going on here. What is everyone afraid of? Are we that lonely? Why do so many people need a group security blanket? What ever happened to a man being a man and a woman being a woman? Doesn't anybody remember Chuck Norris as Lone Wolf McQuade? Have we truly forgotten Sigourney Weaver in the  Alien movies? Granted when we were kids we all wanted to be picked to play on a team (and hopefully not picked last) but we're all grown up now. Let's act like it. The danger of mob-think is that independent thought is lost and rational thought can be thinned to the point of "Ah, what were we fighting for again?" Work with others, be kind to others hell, join others but remember that's its o.k. to think outside the box and its just as o.k. to BE outside the box.

And if you want to have fun with all of this jazz walk up to a tea partier and tell him your'e an 'Espresso Expressionist' and that you're taking the universe back. Locate a 'blue dog' and call him what he really is; a conservative.  And then tell him that you are a Blue Pony and that you believe in healthcare for all americans with the exception of blue dogs. And last find an 'undecided' and tell them that you are a 'Decidedly Decided' who knows exactly who your'e going to vote for.
Posted by JB at 10:05 AM No comments: