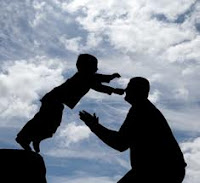 It is impossible these days to listen to the radio for under 2 minutes without hearing an ad for live seminars with Robert Kiyosaki, author of Rich Dad, Poor Dad. It was not the commercials that persuaded me to read his book, it was friends and acquaintances from different walks of life. This is usually a good marker for a good read; having recommendations from personalities with differing interests. You might think that I'm about to rip the book a new one. I assure you I am not. More precisely I'm going to rip Kiyosaki, the man.

After reading success story upon success story mixed with numerous chapters about how brilliant this blowhard was at such a young age, an irritating picture emerges from between the lines. It wasn't his monetary journey that bothered me nor his financial advise. It was his treatment of his biological dad that stuck in my craw. He literally threw his dad under the bus, backed over him and repeated it chapter after chapter.

The proof is in the pudding--title. His bio-dad is the 'Poor Dad'. This lead me to believe that I was about to read a rags to riches/pull myself up by my bootstraps type of story. But in under 50 pages it becomes clear that Kiyosaki's father was middle class. Happy and middle class. However, middle class in the eyes of this future multi-millionaire equals loser. The 'Rich Dad' is actually his close childhood friend's father. This relationship causes strain on the two boys' friendship but Kiyosaki moves on. He's down a bio-dad and a best friend but it's all good when in pursuit of the almighty dollar. The 'Rich Dad' mentors Kiyosaki and he never looks back.

It all comes down to perspective and I am fully aware that my perspective may differ from most. Most see a driven man with focus. The type of self made man that was the stuff of vintage Hollywood movies. Others (like moi) see a greedy bastard who no doubt broke his father's heart all for the love of money. If you think you're reading the blog of a bleeding heart liberal who despises the rich you would be wrong. Amass all you want, just don't burn rubber on your old man's carcass. Here's a quick example to illuminate my point. Robert Kiyosaki tells a story where he offers two buy a couple's home at a tiny fraction of what it is worth. The couple turn down the insult at the outset. Sadly, months down the road the couple accepts the offer in desperation. We, the reader are meant to be impressed with the maverick-like maneuver. {I should point out that this was not Kiyosaki's his first home purchase. He was actually wealthy at the time. This was merely another trophy.}

I challenge you to read this book and tell me that Robert Kiyosaki could not have told his story without painting his father with the 'broken down loser' brush. In fact, I'd wager that 8 out of 10 psycho therapists would say he has some underlying issues with his father and purged those issues onto the pages of his book for all to see. Furthermore, the therapists might ad that his anger toward his father is what drove him; is what made him. A friend of mine attended one of his seminars and the big Kahuna didn't show. Instead an understudy (minion) hosted the event. I have subsequently learned that this is par for the course and it is stated in the fine print that if the the guru himself is not in attendance no money will be refunded. Do you see what a good business man he is?

Robert Kiyosaki has written many books since 'Rich Dad...' including a version for teens. (Oh great, the younger generation who's motto is 'you're not the boss of me' is about to be touched by the hand of Kiyosaki. I would urge all you parents out there to hide your house deeds. )Seeing as Robert Kiyosaki has acquired the writing bug I am calling for him to write one more book. And he should call it "Prick Son...An Ungrateful Little boy's Apology To His Father."
Posted by JB at 8:35 AM No comments: 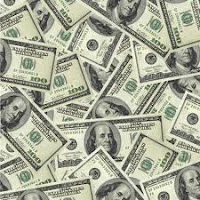 The so called 'debt ceiling crisis' is beyond infuriating. In the beginning there was no a crisis but through tom foolery and stupidity we now have...a crisis. Be you Republican, Democrat, Tea Party(ite), independent or other, the entire nation is now fully aware that the debt ceiling was raised 7 times by George W. Bush and 17 times by Ronald Reagan. This cannot be denied. Now, Barack Obama and his administration wish to raise the ceiling but the opposition says no! Questions; are the republicans obstructionist assholes or are the democrats wimps who lack what it takes to move this issue forward? I humbly put it to you that the answer is both. Speaker Boehner, the republicans and Tea Party(ers) are behaving moronically when one looks at the dangers of playing with America's credit rating like this. And, Obama and his camp are toothless in that they have allowed Boehner et al to piggy back cuts, cuts, cuts on top of this issue. The debt ceiling is what it is and it should stand alone, as it has with previous presidents.

Allow me to put all of this in the lay terms of a rocker with a sunny disposition. The U.S. government borrows money to pay it's bills. But it cannot borrow indefinitely. It has a 'ceiling'. Equate it with we, the common folk and our credit cards. If we pay bills with our visa but suddenly hit our maximum we are done. Our only option is to call visa, say a week before we go over the top and ask that our limit be raised. If visa says, 'no problem Dawg, you've got a great credit rating so go for it' then we're in business. If visa says no, then bill collectors come calling and our credit score starts dropping like a rock. That's where America is now.

The politicians on both sides of the aisle are playing a game of chicken. And during this game they are name calling and finger pointing. Furthermore, they are walking out on each other, not returning phone calls and other forms of pre-teen behavior. Let me ask you this. If you were calling visa and asking for a limit raise would YOU play cat & mouse games with them? If you did, do you think it would work?

Dig this: Me: Hiya visa, I need to raise my limit and while you are at it you need to lower my interest rate to 2 per cent

visa: We at visa can raise your limit however at this time we are unable to--"

Me: (click sound), I hang up and walk away...from my own cell phone

Me Calling back: Hi visa guy, I need to raise my limit.

Visa: I'll be happy to help but our records show that you hung up on visa representative Tammy McTammyton

visa: How could she have hung up twice sir?

Me: Ah, er, with her special visa phone, hello! Anyway I need to raise the limit asap.

visa: We can do that for you sir. But I must remind you that your next payment is due in 7 days and to raise your limit will take 8 to 10 business days.

Grow up you political toddlers and stop fu**ing with America!!! Don't make ME come to Washington!
Posted by JB at 9:03 AM No comments:

Chris Brown...cries all the way home

Performer Chris Brown was scheduled to be interviewed by Robin Roberts on Good Morning America. The idea was for Brown to perform, answer a few questions and then close with another song. But who knew Robin Roberts was such a heavy hitter? For, when it came time for what Brown hoped would be softball questions about the upcoming album the tricky Roberts did a 180 and asked about the singer's prior assault, or should I say, battery of Rihanna. The overrated singer stormed to his dressing room, smashed a window and left the studio. But not before tearing off his shirt. Note to all tough guys; when you want to let the world know you're pissed off make sure you remove your cotton t-shirt otherwise the message won't be clear. It also helps if you have ink because then you are saying, "look out world, I'm pissed and I have tattoos...and everything!" or "Me and my tattoos are so pissed I've left my tight t-shirt behind...and everything!"

This next part is my favorite. Chris 'the sissy' Brown issued a statement after the episode. What, did thoust think he'd hang his head in shame after the grown-up- boy-tantrum? Uh-uh shame belongs to generations past. Brown pleads, and I paraphrase, "I wish everyone would get off what happened. That was two years ago." (When he beat the shit out of his then girlfriend, Rihanna) and he goes on, "You can't let this go but everybody praises Charlie Sheen..." Wow, did you see that deflection ladies and gentlemen? That amazing slight of hand? "Don't look at me look at Charlie! Whaaaaaaaaaaa!"

What a tiny, little, diminutive man and I ain't referring to his height. Has society come to this? Say it ain't so that a diminutive man can't 'tune up' his ol' lady without everybody remembering? And then on top of this all praise goes to the more famous celebrity, Charlie"Blowhard" Sheen. (Also overrated). Damn you society, damn you to hell! Brown, the little weasel, still has a record deal; has a new album out with all kinds of promo and he was even part of the ensemble cast of the movie, Takers. How many other people who don't even beat their girlfriends get opportunities like this? Precious few Chris Brown, precious few. Yet you whine like a, like a, well...a celebrity. One of the many things that stick in my craw about this whole event is that when the beating took place many in the black community, including women, came to the little pip squeak's defense. I almost had a tantrum of my own and threw my laptop out my window. And don't feed me that 'tough upbringing jive' either. That was then. It's behind him. If he needs therapy or anger management he can afford it. Book stores are loaded with self help books etc. and support groups are all over the place. The point is, he has resources and more options than most.

But seriously, the guy loses it on Good Morning America? That firing squad television show of journalistic interrogation? How pathetic. Its not like he was blindsided by 60 minutes or ambushed by Michael Moore and his film crew. Hell, he wasn't even punk'd by that actor who thinks himself cute, Ashton "I think I'm cute" Kutcher. Chris Brown you are a child and my patience for you and other spoiled upstarts like you is wearing perilously thin. Get help, stop writing crappy music and if you see me coming, hide. Or I'll give you something to really cry about!
Posted by JB at 3:54 PM 1 comment: